We use cookies to ensure that we give you the best experience on our website.
Contents hide
1 What is Google MUM?
2 What Google MUM is used for
3 How Google MUM works
4 What are the advantages
5 Conclusions

At the Google I/O 2021 conference, held on 18, 19 and 20 May, the American giant Big G announced some very important news about the Google ecosystem products.

The main focus is on Artificial Intelligence, a technology that led to the development of Google MUM (acronym for Multitask Unified Model).

Let’s see in this article what Google MUM is and how it could change the way we receive results from Google.

What is Google MUM?

Google “MUM” (acronym for “Multitask Unified Model”) is a new artificial intelligence technology from Google capable of better understanding the searches made by users online and thus returning better performing, more accessible and consequently more satisfying results. It is currently not yet used by search engines, but Google is preparing to test it!

MUM was born as a successor to BERT (Bidirectional Encoder Representations from Transformers) and is designed to work just like a human brain: the Big G team claims that MUM is 1,000 times more powerful than the “old” Bert and is capable of understanding search queries in 75 different languages.

Google MUM is a technology designed to understand the most complex, precise and articulate search queries that, to date, require an average of 8 steps by users to get a complete answer. As we can guess, therefore, the new artificial intelligence will greatly facilitate the process of user navigation.

What Google MUM is used for

To explain how users can take advantage of this new technology, let’s go back to the example reported in the official Google blog.

Suppose a hiker who has just completed a hike on Mount Adams now intends to climb Mount Fuji in Japan. The hiker asks Google how to prepare for this new adventure.

In this case, the search engine, so far, is in difficulty, because it can’t give a single exhaustive answer to the hiker: it should give data about climate, altitude, differences compared to hiking Mount Adams and much more. information, which the user could therefore only find after several searches.

The result Google returns differs from the answer an industry expert would give. Thanks to Google MUM, the difference between the answer given by the search engine and the answer given by an expert will no longer exist: Google will be able to provide a synthesis of concepts to accurately answer doubts, curiosities or needs in a single session.

Google MUM is a milestone in the world of AI. But exactly how does Google MUM interpret complex search queries, text and content?

The new algorithm, like Google BERT, is based on an artificial neural network model with Transformer architecture. Essentially, Google mimics the functioning of brain neurons: it tries to recreate nerve synapses and nodes act as “decision points”.

So, what changes from the BERT algorithm? The difference between BERT and MUM is not subtle, because Google MUM is a thousand times more powerful than BERT. Therefore, the result is a greater ability to understand natural language and a better handling of search complexity than BERT.

The MUM technology seems to have already been highly developed, however, after launch, it will probably undergo evaluation processes by the Google team to verify its quality and effectiveness, following specific guidelines.

What are the advantages

The main features of Google MUM are contained in two words: multimodal and multitasking.

Multimodal because, as the word itself suggests, it is capable of capturing and processing information in multiple new ways: in terms of formats, it ranges from text to images and, in the future, perhaps even video or audio.

Multitasking because it is able to do all of these at the same time.

In addition, Google MUM is trained to understand 75 different languages. This is an important step towards removing language barriers that are a major obstacle to understanding or accessing information. In fact, the new algorithm is able to learn from sources in different languages and, as a result, could return answers that are not present in the language in which the query was formulated.

One of the first trials of the new technology was implemented to address the issue of vaccines for covid-19.

Specifically, Google, in order to be able to provide relevant and timely information to searchers, had to free itself from the complexity of the ways in which the vaccine was named around the world. Thanks to MUM, the search engine was able to identify up to 800 different ways in which covid-19 vaccines were named around the world. A multilingual result that saved weeks of work and organised Google search results in the most relevant way for users

The way Google will return users’ search results could change dramatically after the introduction of Google MUM.

To better cope with change and optimise your online presence, call on professional SEO services. 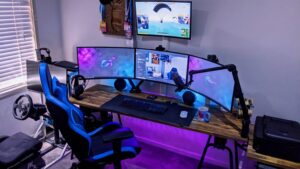 How to Stream on Twitch: The Ultimate Guide